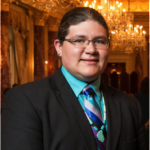 Dahkota is a proud California Miwok,Concow,Yuki enrolled with the Wilton Rancheria and ancestral ties to Round Valley Indian Tribes. He is currently a student at Argonaut High School in Jackson, CA. He’s an active student athlete (former football player, current thrower on Varsity track & field), performs with the advanced drama class, maintains a 4.2gpa and works hard as the elected Associated Student Body Treasurer. He’s a traditional dancer for his tribe, and enjoys learning his Miwok language, beading gifts for others, and hunting with his family

Dahkota founded and trademarked the nonprofit organization, NERDS, Native Education Raising Dedicated Students in 2012. He serves as President of the Executive Board. NERDS establishes school clubs, currently serving 9 chapters with over 250 members. They are dedicated to improving the lives of Native students through cultural awareness, education, and abuse prevention. With a mission to decrease the dropout rate of Native American students, NERDS is focused on improving grades and making up required credits through peer-to-peer mentoring and tutoring. To date, NERDS has a 100% success rate of students graduating after their participation in their summer school program, which enables students to acquire the credits they needed to finish high school on time. 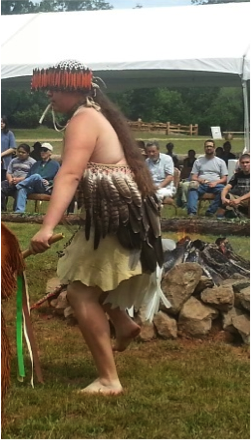 Dahkota served as a White House Youth Ambassador during the 2014 White House Tribal Leaders Conference and is now on the White House Steering Committee for Generation Indigenous (Gen I)  He proudly serves on The Center for Native American Youth’s Executive Advisory Board. He sits on the NCAI Youth Cabinet working on many issues that youth face including taking a leadership role in actively seeking to ban the use of race-based images within the school system and professional sports world. He addressed this topic at the Center for American Progress, appeared on MSNBC, and testified for California Assemblyman Alejo while presenting California bill AB30 to ban the use of the R**skins mascots at four schools in California.

Dahkota was honored by The Center for Native American Youth as a Champion for Change in 2013, followed by being named one of UNITY’s “25 Under 25” outstanding young leaders in 2014 and most recently was the 1st federally recognized Native American selected to attend the United States Senate Youth Program in 2015 which is a highly sought after scholarship opportunity offered by the Hearst Foundation.

He hopes to attend college for a double Major in Native American studies and Political Science before pursuing a doctorate with a focus in Law and Policy, especially pertaining to Sovereign Nations. He aspires to serve 2 terms as Tribal Chairman of Wilton Rancheria before pursuing a State elected position. 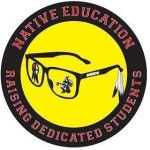 NERDS has been accepted as a fiscal partner with the Foundation. ACF is providing the nonprofit umbrella for Dahkota and NERDS to grow their program. NERDS continues to work with Native American students to help them reach their full potential and encourage growth in Academics, Athletics, Cultural activities and Community envolvement.

ACUSD is giving classroom space for the tutor/mentor program.

A visit to the White House 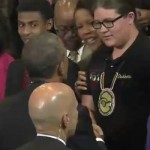 Amador Community Foundation
We are working on final totals, but we have passed $290,000 in giving! Thank you Amador!
20    View on Facebook

Amador Community Foundation
THANK YOU WEDNESDAY!
THANK YOU FOR GIVING!
1    View on Facebook

Amador Community Foundation
Some of you have had problems giving on our website today. Please give us a call at 209-223-2148 tomorrow if you could not get your gift in to your charity. I am manning the office phone until 6:30pm tonight.
1    View on Facebook